The Unemployment Business: Profit, Precarity, and the Moral Economy of Social Democracy in Norway – Journal of the Royal Anthropological Institute (forthcoming Dec 2022) 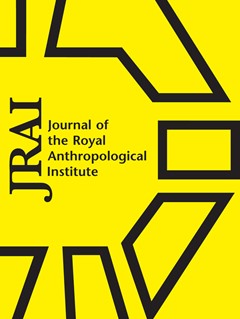 Norway’s welfare system is widely admired for its success in mitigating the worst effects of post-industrial capitalism. In the past decade, however, that system has undergone remarkable—and controversial—change, as commercial firms have been permitted to play a growing role in administering services for the unemployed. This article, based on fieldwork in Oslo during the 2015-2016 oil crisis, examines Norway’s ‘unemployment business’ and the high-stakes symbolic struggle between its advocates and opponents. It shows that the case for making unemployment services a business not only destabilizes the unique moral economy of social democracy, predicated on the conceptual entwinement of the state and society, but requires the maintenance of a new class of precarious workers who administer the welfare system without having its guarantees. Beyond its Norwegian concerns, this article also refines our understanding of moral economy and privatization through highlighting the strategies actors deploy to endow new economic activities with moral legitimacy.

Coming to Terms with Belonging: Unemployed Migrants and Sociocultural Incorporation in Norway – Migration and Multiculturalism in Scandinavia (forthcoming Feb 2022) 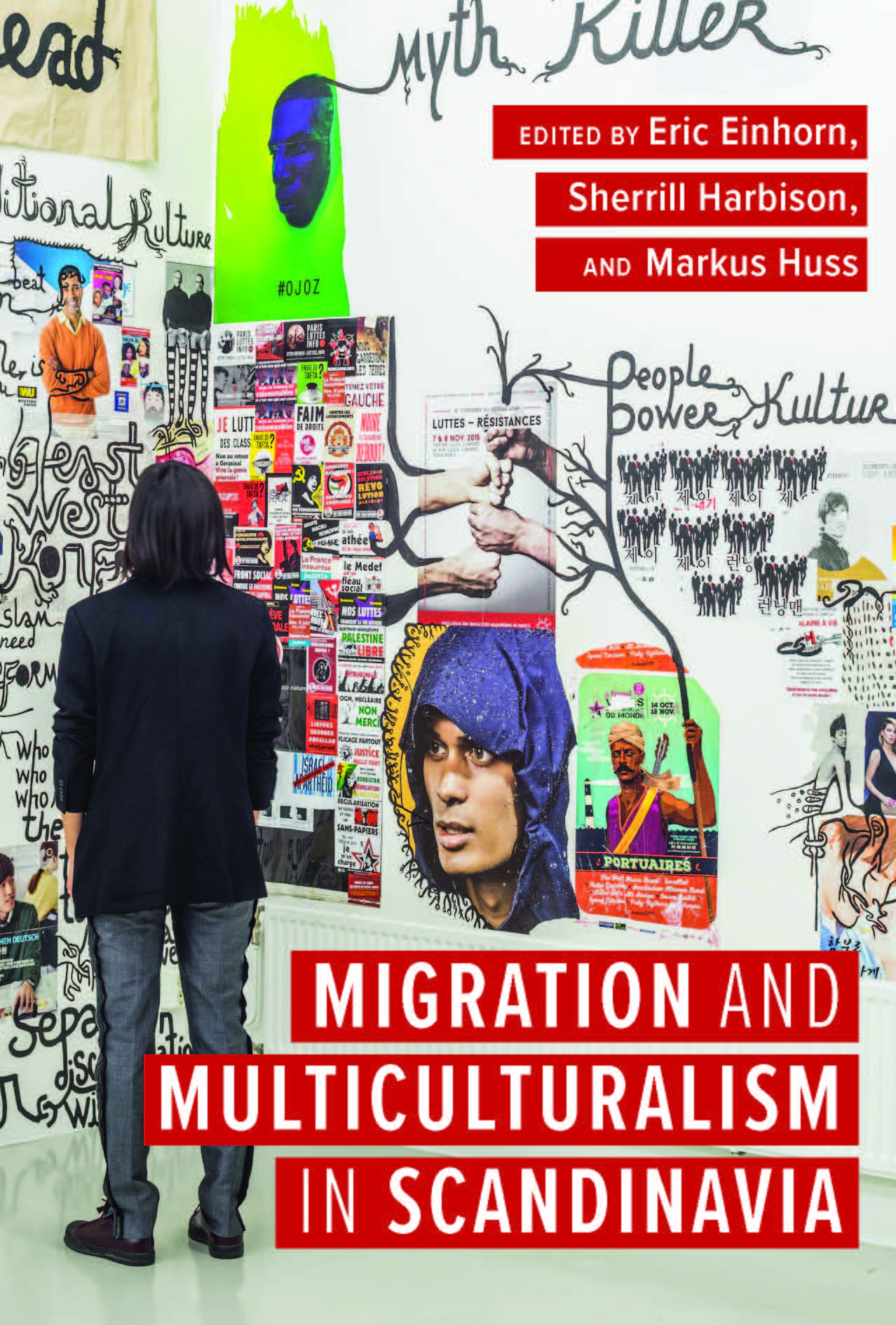 In this chapter, I examine how unemployed migrants develop and articulate impressions and representations of Norwegian culture based on their experiences as former employees of companies in Norway and current “users” (brukere) of the welfare state’s main agency, the Norwegian Labor and Welfare Administration (NAV). The discussion begins with their reflections on the Norwegian culture of work and what they perceive to be the local emphasis on the paramount significance of having rather than necessarily doing work (see also McKowen 2020), as well as the importance of conflict avoidance. The chapter then looks at the experience of becoming a NAV user and how for migrants this typically fosters the impression of dependency as something that is legitimate but socially undesirable in Norway. Finally, building on these previous sections, I look at migrants’ reflections on being incorporated into what they perceive as Norwegian society and culture, focusing on the obstacles posed by racism and discrimination.

Migration across Europe’s external and internal borders has introduced unprecedented sociocultural diversity, and with it, new questions about belonging, identity, and the incorporation of others into extant and emergent groups and communities. Bringing together leading cultural anthropologists, Digesting Difference offers a series of ethnographic studies that show incorporation to be a process rooted in the everyday encounters and exchanges between strangers, friends, lovers, neighbors, parents, workers, and others. Rich in ethnographic detail and ambitious in its theorizing, the volume tells the stories of Europe’s transformative engagement with sociocultural difference in the wake of migration associated with EU expansion, the Eurozone meltdown, and the 2015-2016 refugee crisis. It promises to be essential reading for scholars and students of cultural anthropology, migration, integration, and European studies.

“No book in recent memory has done more to illuminate the way immigration is changing Europe than Digesting Difference. This collection of empirically vivid essays shows how migrants’ everyday encounters in a range of contexts are shaping what it means to belong. Each chapter is an illustration of how the book’s central concept– incorporation–unfolds. Digesting Difference is a touchstone for understanding contemporary Europe, and for making sense of how migration continues to change the world.” —Tomás R. Jiménez, Professor of Sociology, Stanford University

“This volume makes corporality central to immigrants’ experiences across a broad compass of Europeans countries. From encounters in plazas or homes, to fashion and food, to visceral exorcisms and everyday affect, the authors bring immigrants’ lives and dilemmas to life.” —John R. Bowen, Professor of Sociocultural Anthropology and Dunbar-Van Cleve Professor in Arts and Sciences, Washington University in St. Louis

In recent decades, activation has become the paradigm of European social policy. This is a move that many scholars have decried as part of the neoliberalization of the continent’s once‐robust welfare states. Much of the scholarship on activation, however, has focused on the formal and legal dimensions of policy change, obscuring how activation policies function at the level of everyday life and thus what they actually represent with respect to the broader economic and political shifts remaking contemporary Europe. This article, based on ethnographic fieldwork conducted in Norway between 2015 and 2016, examines one increasingly common activation scheme, the mandatory job‐seeker course. While confirming that the courses propagate a neoliberal rhetoric of the “sellable self,” ethnographic evidence contests the notion that this rhetoric is itself evidence of a broader ideological shift within Norway. In fact, the opposite is the case. This rhetoric is not only continuous with a longstanding elite understanding of Norway as an “active society” but also potentially beneficial to the country’s universal welfare state. Ultimately, this article argues that insofar as neoliberal rhetoric helps Norway’s unemployed overcome feelings of moral abjection and social disorientation to search for formal, tax‐generating employment, it protects rather than undermines the social democratic order.

Among some policymakers and elites, it is common sense that human behavior is rational and guided by material self‐interest. In turn, this view underpins the idea that cash transfers and social services, if made too generous, risk distorting economic incentives, diminishing the “work ethic” and fostering a “culture of dependency.” The Nordic countries, however, pose a significant empirical challenge to this common sense, as they feature both comprehensive welfare systems and high rates of employment, labor force participation, and surveyed “employment commitment.” What remains unclear is the nature of this commitment, how it is cultivated at the level of everyday life, and what its broader scholarly and policy implications might be. This article, based on sixteen months of fieldwork among the unemployed in Oslo, Norway, argues that the country’s distinctive “social democratic” welfare regime endows formal wage labor—as opposed to the labor process itself—with meanings and values that make having a job central to shared ideas of social personhood and moral life. This “employment ethic” is affirmed, my unemployed interlocutors show, by experiences of worklessness. The article concludes by suggesting that a focus on the moral dimensions of contemporary welfare regimes points the way toward a generative, “neosubstantivist” economic anthropology. 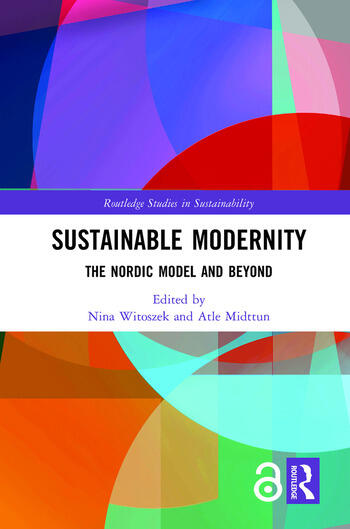 Given the international interest in the Nordic model, particularly in the wake of the recent global financial and Eurozone crises, understanding its effect on norms is critical to determining both how it functions and whether it should be seen by others as a standard to which to aspire. This chapter aims to contribute to the broader study of the “moral sustainability” of the Nordic model with a close examination of one antisocial pattern of welfare-claiming, so-called naving, in contemporary Norway. Drawing on comparative statistics and the author’s own ethnographic data, the chapter casts doubt on naving as a pervasive empirical phenomenon and sign of moral climate change among users of the Norwegian welfare state. Instead, it offers a counter-interpretation that emphasizes the productive role that the naving discourse may play in promoting prosocial patterns of welfare-claiming. The chapter concludes by suggesting that the greatest moral threat to Norway’s welfare state – and, by extension, its iteration of the Nordic model – is the possibility that naving will be uncritically accepted by elites or the public as incontestable evidence of weak work ethics, rampant material self-interest, or calculating behaviour among some or all users of the welfare system. Such a reductive “folk anthropology”, it is argued, could potentially justify reforms toward a nastier, less admirable, indeed, less “good” welfare state.